It’s hard to believe it’s been 6 years since our only son entered this world.  I remember waking up very early (like 3am) with a tummy ache and sitting on the couch so I wouldn’t wake Phil.  Eventually he was up and getting ready for work as was his brother Andy.  As Andy was leaving he looked at Phil and said “Well, it looks like you’ll be a dad again today!”  And by mid morning Jonathan was born.  Is it terrible that I cannot remember exactly what time?  I do remember trying to get off the bed at the hospital as in my mind I figured if I got off the bed the pain would go away.  I also remember telling my doctor that I had to get this ‘thing’ out!

Fast forward 6 years and Jonathan is growing and just started kindergarten.  He enjoys school…. as long as I keep his sitting time down to less then an hour and he gets lot of activity in-between his studies.  Which… isn’t much for kindergarten… it really only takes about an hour and a half for his school work.

Anyway, we are so blessed by having Jonathan in our family!  He is fun, loves to laugh and loves one on one time with me and daddy.  He’s growing fast and is only 2 inches shorter then Alex!  Here are some pictures from his recent birthday party and some older pictures I found.

Jonathan with his Uncle Andy and his cousin Jake.

Jonathan about 3 months old I think.

Jonathan and his favorite cousin… Jake! 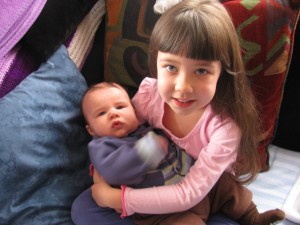 Our sweet Belle and Jonathan. Love those faces!

Coming in from the playing out in the cold in Breckenridge. 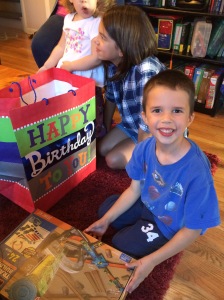 Birthday dinner with mom and dad.

A look at 3 lives and what shapes our beliefs

Inspiration For Learning and Life.

All She Has to Say

... About Living Humbly and Loving Well